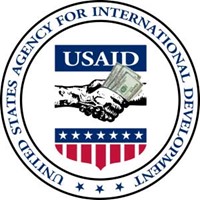 Four years ago, President Obama promised in a United Nations speech to “change the way we do business” with foreign aid and “seek partners who want to build their own capacity to provide for their people.” A year earlier, Secretary of State Hillary Clinton complained that “a lot of these aid programs don’t work” and lamented their “heartbreaking” record of failure. However, Mr. Obama, like numerous prior presidents, is more devoted to boosting aid spending than to fixing its flaws.

The Agency for International Development (AID), the largest foreign-aid bureaucracy, was caught last week massively suppressing audit reports revealing waste, fraud and abuse. More than 400 negative findings were deleted from a sample of 12 draft audit reports, The Washington Post reported. In one case, more than 90 percent of the negative findings were expunged before the report was publicly released. Acting Inspector General Michael Carroll buried the embarrassing audit findings because he “did not want to create controversy as he awaited Senate confirmation to become the permanent inspector general,” according to some AID auditors.

The most brazen case involved hushing up $4.6 million in illegal ransom money that AID paid in March 2012 to secure the release of the son of Secretary of Transportation Ray LaHood. Sam Lahood and 15 other Americans had been arrested after they entered Egypt illegally and engaged in prohibited political activism. At the time, a State Department official brazenly lied, denying that the payoff came from the U.S. government. This novel use of foreign-aid money might have caused an uproar if it had been revealed prior to Mr. Obama’s 2012 re-election.

This is not the first time that AID’s inspector general has been caught trying to bury a scandal. John Sopko, the special inspector general for Afghanistan reconstruction, revealed in April that AID has “covered up information” on U.S.-funded Afghan ministries’ potential links to terrorist organizations. Mr. Sopko has been appalled at how the U.S. government is denying bitter realities in Afghanistan: “I was stunned when senior State Department officials on my first trip to Kabul suggested how we should write our reports. They even suggested changes to our report titles and proposed that we give them our press releases in advance so they could pre-approve them.”

Ironically, AID has spent millions of dollars in recent years purportedly teaching foreign governments about the virtue of transparency — but the agency apparently exempts itself from its favorite admonitions.

What are you supporting?
When you join the
Ron Paul Institute
for Peace and Prosperity
You are supporting

A young writer's program
and much more!